Let me tell you about the Romans...

He was a giant - 7 feet 2 inches tall, with a bushy white beard and specs resting part of the way down his nose. He wore a long, red robe with gold braid and badges, and a tricorn hat.

His name was Martin.

We were standing outside the Tourist Information Office in Shrewsbury, the county town of Shropshire in the West Midlands, about nine miles (14 kms) east of the border with Wales.

The giant was officially the tallest town crier in the world. Today, however, Martin Wood had left his bell at home and was to be our guide on a walking tour of the town.

'First of all', he said in his best Hagrid voice*, 'let me tell you about the Romans'. 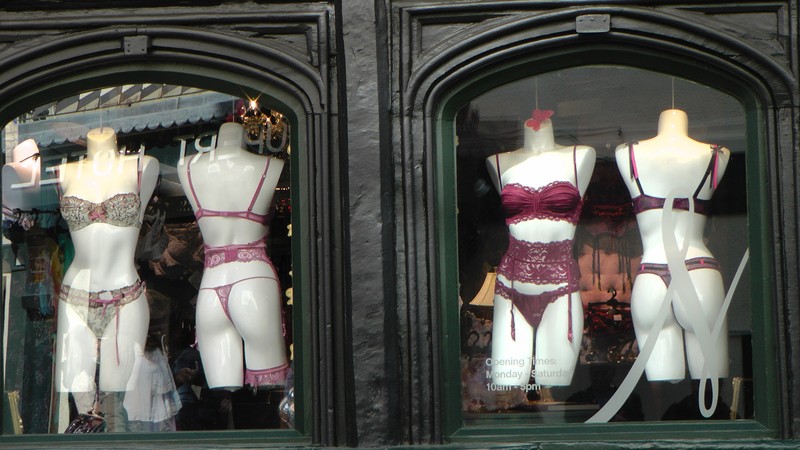 A shop in the ancient building opposite our hotel. Totally irrelevant, but I've been advised to always make the first picture of any blog an eye-catching one!

~
This set the tone for the next couple of hours as we wandered the streets of this town with more half-timbered houses than any other place in England. Surprisingly, the town wasn't bombed during World War II, so many of its ancient buildings remain intact to this very day.

However, what the war failed to do was apparently achieved by construction of the Raven Meadows multi-storey car park, which involved destruction of a large area of half-timbered houses! Fortunately, there are still a lot left for us to enjoy - at last count, more than 650 listed historic houses, including some from the 15th and 16th centuries.

We've done tours like this, arranged in advance through the local Tourist Information Office, in a number of other historic towns and we can heartily recommend that you do the same. For the small investment involved, you'll see and learn a lot more of interest than you could ever hope to glean from a guide book. 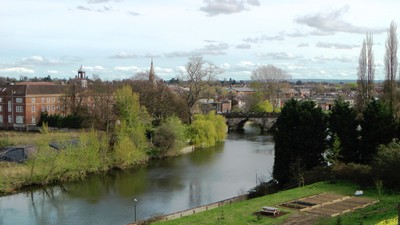 The River Severn was much used as a trade route when the wool industry was important to the town. 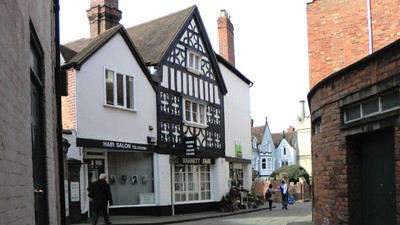 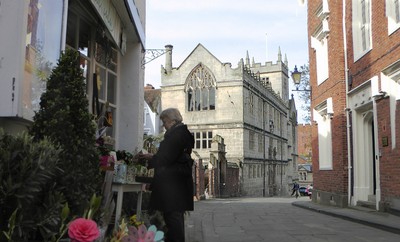 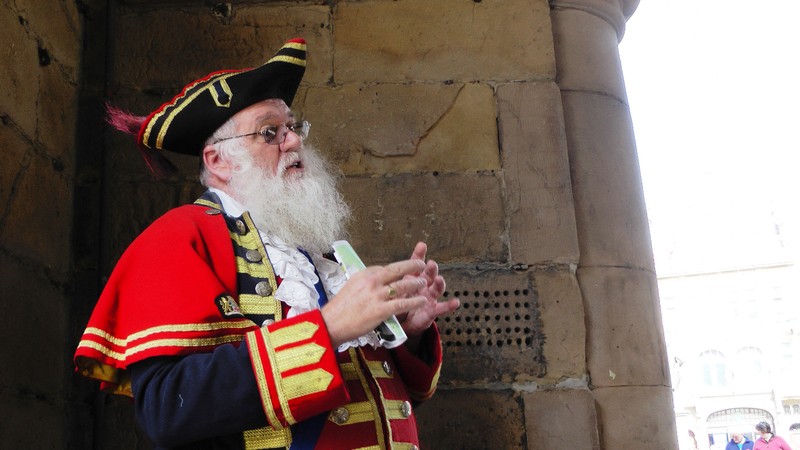 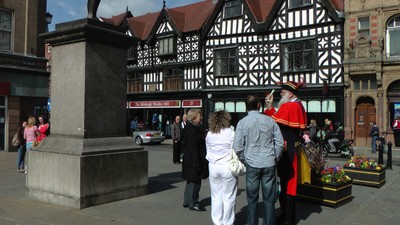 Martin pointed out to us all the things you'd so easily miss walking around on your own, like:

- the initials and numbers crudely scratched on timbers of ancient buildings (so the house could be built where the timber was cut, taken down, then moved and re-erected at its permanent site);

- the faces of wealthy wool merchants carved high above our heads on the gable ends of the mansions they built;

- the holes in the wall of the old Market Hall, so easily mistaken for an air-brick, that were once a sort of abacus for tallying up the shepherds' sales of fleeces... 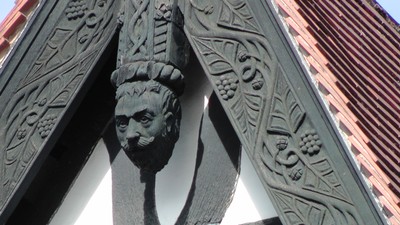 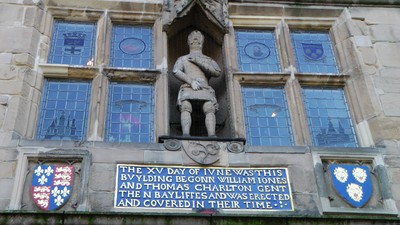 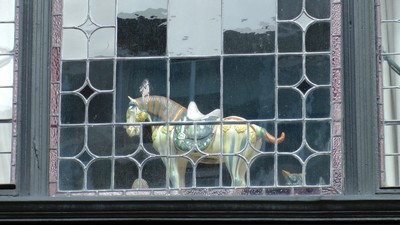 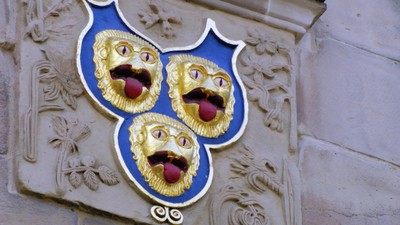 Along the way, he had to keep stopping to amiably answer questions from other visitors to the town and to pose for photographs with diminutive Japanese tourists.

The bit about the Romans turned out to be true.

While they didn't actually reside here, they did build a city, called Viriconium - now Wroxeter, five miles (8 kms) to the east.

The pronunciation of the town's name has become controversial over the years, although Martin never explained why, and I never thought to ask. Some say ‘Shrrooos_bree’, some say ‘Shrows_bree’. The historic origin of the name comes from the Anglo-Saxon 'Scrobbesbyrig', so perhaps the 'o' there is a clue to how you should say it. To complicate matters though, many locals call it 'Shoosbree' (without the first 'rr'). Take your pick. No-one will complain if you get it wrong. If you're Welsh, you'd call it by its Welsh name of 'Amwythig' anyway! 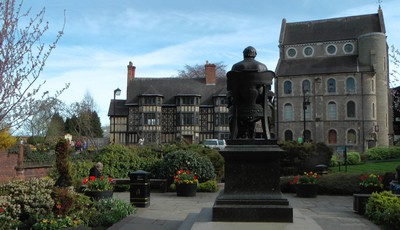 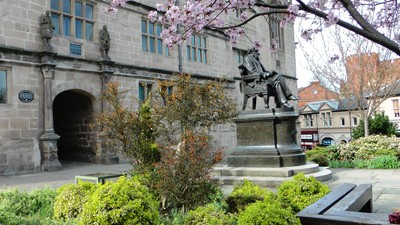 Many of the good and great were born and bred in this ancient town. Probably the most important was the eminent biologist and evolutionist Charles Darwin. He was born at The Mount House in 1809 and is commemorated with a great statue outside what is now the public library but which was, until 1822, Shrewsbury School, at which he studied.

Among others, Leo Blair, father of former Prime Minister Tony Blair, still lives here and Michael Palin, the traveller and comedian, was educated at Shrewsbury School in the late-1950s.

*Martin is also one of the official body-doubles of the oversized Harry Potter character, Hagrid.